English-speaking women tend to report chocolate cravings at ‘that time of the month’, but for Spanish women it’s at times of stress that they crave chocolate. That means that chocolate cravings seem to have more to do with culture and emotions than physiology, explains Robyn Moffitt.

Robyn Moffitt is a CSIRO researcher who specialises in cravings. She spoke on a panel with Matt Preston and Charles Spence last weekend at Word of Mouth, an event featuring talks on many facets of food. This science-focused talk was organised by RiAus. Word of Mouth was held as part of the Tasting Australia food fair on the banks of the Torrens River in Adelaide.

Chocolate is not a drug, Moffitt explains, so you don’t eat it for a delayed effect. You eat chocolate for the sheer sensual pleasure of eating it, and maybe also the emotional memories you associate with it. Moffitt’s advice is that you can’t have a chocolate addiction, just a craving, so it is possible to resist temptation. 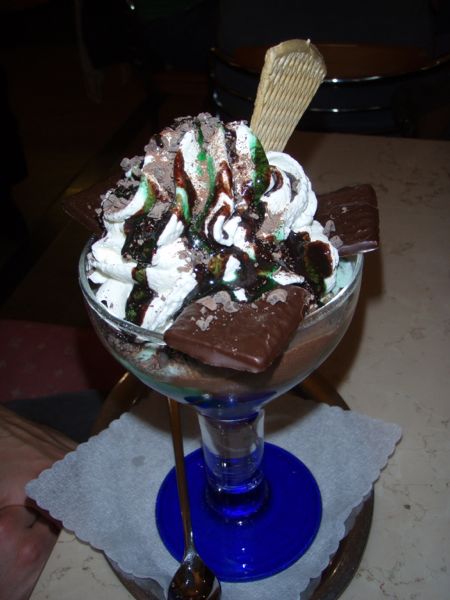 Chocolate isn't addictive – the pleasure is in the sensory experience of eating it.

Why does peanut butter taste better straight out of the jar? Preston wants to know. Spence is a specialist in the associations between taste and other senses. He suggests that the weight of the jar in your hand gives you a stronger feeling of connection to the food. He says that studies have shown we use weight as a way to judge quality. Better wines often come in heavier bottles, so we use that cue, along with price and other indicators, to help us choose a good wine.

In an environmentally conscious world, reducing packaging is important. Spence has worked with companies to design bottles that feel heavier than they are because they’re awkward to hold. Similarly his famous “sonic chip” experiment suggests loud crinkly chip packets enhance the eating experience. The experiment shows that people rate chips as crunchier when they hear a louder sound. Spence even suggests that playing ethnic music to match your meal can enhance the authenticity of its flavour.

The packaging research strikes me as awkward because of the connection between science and sales. While I welcome the idea of using senses beyond taste to enhance a good meal, the idea of using packaging weight or sound to present poor-quality food as tastier is unpleasant. If we judge wine by cost and weight of the bottle, that sets up an expectation of quality. If those quality indicators are false and it turns out to be a bad wine, I’d feel more ripped off than I would by a wine that made no pretensions about its quality.

Preston, by this stage, is beginning to feel like a guinea pig surrounded by scientists who want to influence his eating experience. He agrees that food tastes better when you think you’ve earned it. You always feel like wineries with long dirt roads have nicer wine than ones with asphalt carparks, he asserts. Preston also feels that certain foods belong in certain contexts – he can only eat a meat pie at the football, but he can’t watch the football without a meat pie. 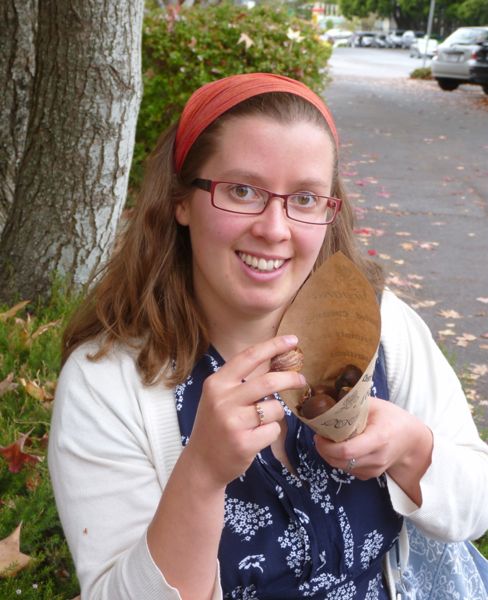 A friend enjoys some roasted chestnuts. Do they taste so good because they're warm in your hand? Or is it because eating them is so interactive? Or is it because you eat them at outdoor events when you're having a good time?

Feelings of having earnt something, or wanting it in certain situations are emotional. And the relationship between emotions and food is a complicated one, says Moffitt. In general, women are more likely to experience cravings for sweet foods driven by emotion, whereas more men experience hunger-driven cravings for savoury foods.

Working or waiting for a treat, and feeling you’ve earned it, depends on willpower. Recent research has found that willpower can be used up, like a bottle that can be emptied over the day. If you refused a piece of cake at morning tea, and had a salad for lunch, then you’re more likely to think you deserve chocolate after dinner. Especially if you’re tired or stressed and especially if food cues, like seeing other people eating, suggest it to you.

Since Moffitt works with overweight and obese people in most of her research, she encourages people to accept that they crave certain foods, because fighting your desires uses a lot of willpower. But she advises us to get used to desire, to be moderate in whether we indulge the craving, and to limit the quantity of food we need to satiate the craving.

Thinking back to the Spanish women and their different chocolate cues, I wonder if it’s only because our society is obsessed with weight control that we are having this discussion. Maybe we wouldn’t be listening to a public lecture about willpower research if we didn’t feel so guilty about having a few squares of chocolate after dinner.

But speaking of squares of chocolate, writing this post has been hard work. Do you think I deserve just a little bit of chocolate as a reward?

4 thoughts on “Cravings: what scientists think we want from food”